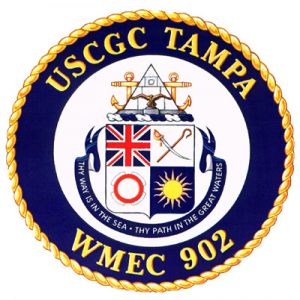 Almost exactly one year ago, Defense Secretary Ash Carter rebuked his Navy secretary, Ray Mabus, for submitting budget plans that Carter believed put too much emphasis on quantity over quality. Mabus evidently hasn’t been persuaded: the final force structure assessment prepared under his watch calls for a significantly bigger fleet than the Navy’s own growth plans called for two years ago.

The 2016 update to the Navy Force Structure Assessment, sent to Congress last week, asserts the service needs a fleet of 355 ships in order to adequately perform its missions. That’s a big change from the 2014 plan of 308 ships the Navy has been building toward.

Importantly though, officials fully acknowledge that the bigger Navy would be too expensive to fit within the governmentwide budget caps that have been in place since 2012 and will remain through 2021 unless Congress eliminates or raises them.

3-day work week for DC area feds due to inauguration.

The Navy said in a statement that the new force structure assessment “was not constrained by Budget Control Act funding levels” but insisted that “if funded, this plan is executable, as each ship class called for in the FSA has an active shipbuilding line already up and running.”

“To continue to protect America and defend our strategic interests around the world, all while continuing the counter-terrorism fight and appropriately competing with a growing China and resurgent Russia, our Navy must continue to grow,” Mabus said in a statement. “All of the analysis done to date, inside and outside of the Navy, recognizes, as we have for nearly the last eight years, the need for a larger fleet. That is why, working with Congress and our partners in industry, we have successfully reversed the decline in shipbuilding that occurred from 2001-2009, putting 86 ships under contract over the last seven years. Maintaining this momentum, and the cost-saving business practices we have established, will be critical to ensuring the Navy is able to achieve the FSA-recommended fleet size.”

During public speeches and interviews, Mabus often touts his success in increasing Navy shipbuilding during his unusually long tenure.

But he may have felt more free to recommend a larger fleet not only because this is the last assessment of his career as secretary, but also because it aligns closely with what little President-elect Donald Trump has said about his plans for Defense. Trump called for a 350-ship Navy during the presidential campaign, along with a larger Navy and Marine Corps.

Assuming lawmakers find a way to manage around or completely ignore the deficit reduction imperatives that prompted the Budget Control Act in the first place, the plan is also likely to get support in the upcoming Republican-controlled Congress.

“This force structure assessment is long overdue, but welcome news for America’s national security,” said Rep. Mac Thornberry (R-Texas), the chairman of the Armed Services Committee. “At a time when our adversaries are investing in weapons systems and engaging in aggressive behavior, this strategy, if implemented, will help boost our fleet, support our security, and send a strong signal to allies and enemies alike that American naval power remains a key element of our defense.”

WASHINGTON — Troops would get their biggest pay raise in years under the final version of Congress’ annual defense policy bill unveiled Tuesday.

The 2.1 percent increase included in the National Defense Authorization Act would break a five-year trend of raises that have fallen below the private sector. The higher pay would go into effect Jan. 1 if the bill is passed by Congress, and it could receive an initial vote in the House on Friday.

The massive $618.7 billion policy bill also includes $3.2 billion to boost troop numbers and bolster Marine Corps and Air Force aviation, a military health care overhaul and a requirement to study whether women should be included in the military draft.

The NDAA was hashed out during months of negotiations between the House and Senate, which had disagreed about an $18 billion spending hike for the military. The proposal was pared down in the final bill, but the $3.2 billion increase could run into opposition from Democrats, who have demanded any additional defense spending be matched with dollars for domestic programs.

Military pay raises have been kept below 2 percent since 2011. Meanwhile, troops and families have been stressed by deployments, aging equipment and shrinking overall defense spending.

The National Military Family Association has said troops are being “nickel-and-dimed” and that a higher pay raise is among its top priorities.

The language in the NDAA overrides President Barack Obama’s order to set pay raises at 1.6 percent in 2017, which was a slight increase over the president’s decision to keep raises at 1.3 percent this year.

The bill also freezes a drawdown in the Army, keeping its end strength at 476,000, and boosts Reserve forces by 4,000. The Marine Corps would get 3,000 more troops, according to a briefing on the bill by senior aides with the House Armed Services Committee.

The House aides said the additional $3.2 billion will also help fill gaps in military readiness especially for the Air Force and Marine Corps, which have maintenance and training problems with F-18 fighter jets and CH-53 helicopters.

Tricare, the military’s health care program, would be overhauled to shore up its financial future and expand some access to health care facilities, according to the House briefing.

“We do raise the co-pays and fees on the next generation of military,” a senior aide said.

Active-duty troops and current retirees would not be affected by the fee increases. But service members who join the military beginning in 2017 will face higher costs for themselves and their beneficiaries when they retire.

The House and Senate conference committee rejected a proposal to require women between 18-25 years old to register with the Selective Service, as men are now required to do. The Selective Service could be used if the United States reinstitutes the military draft, which for now remains an unlikely scenario.

The proposal raised the ire of some conservative lawmakers, and the NDAA instead calls for a study of the issue, which was a proposal favored by the House.