The Tampa Bay Council of the Navy League was honored to support our Coast Guard family on Friday January 27, 2017.  The annual Blackthorn Memorial program was held at 2PM that day to honor and remember those brave Coast Guard members who sacrificed their lives in the line of duty during the Skyway Bridge tragedy.  Many of us who were local to the Tampa Bay area remember that day all too well.

Your Tampa Bay Council of the Navy League as well as the Sarasota Council of the Navy League was there to show support and provide a wreath for the memorial service.  The program included an aerial salute fly over from the local Coast Guard Stations, the reading of the names and bell rung, a rose placed upon the memorial, bag pipes and a gun salute.  It was a very moving day.

For more information on the Blackthorn, please visit: http://coastguardnews.com/coast-guard-to-hold-annual-blackthorn-memorial-service/2017/01/26/

Your contributions support these events and we thank our membership for your support. 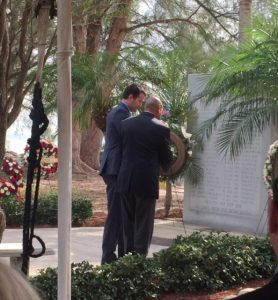 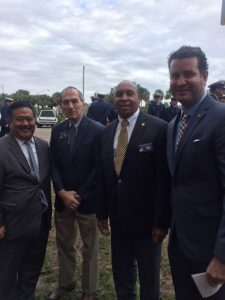 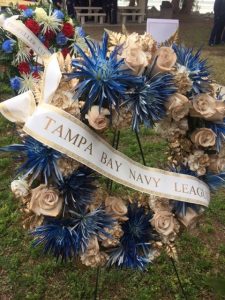 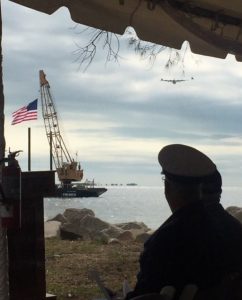 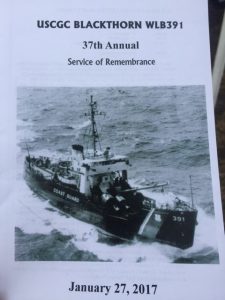 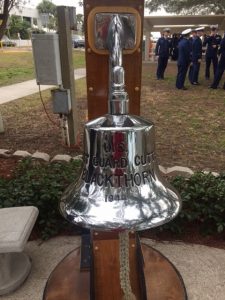 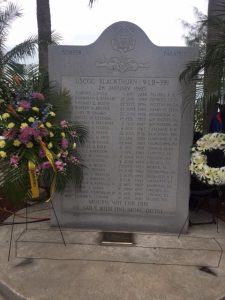 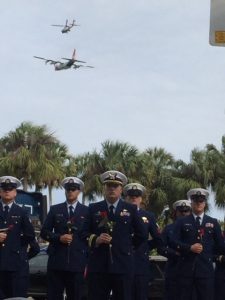 On January 26, 2017, the Tampa Bay Council of the Navy League was proud to support and sponsor the salute to the Coast Guard event with the Tampa Propeller Club.  This is a long-time partnership and friendship between your Tampa Bay Navy League and the Propeller club and we were happy to be able to support the Propeller Club again this year.  This annual event honors the great service of our local Coast Guard Stations and recognize their heroic efforts.  We were able to watch a video of what they do day in and day out in our area and it is impressive! 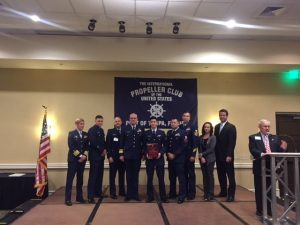 The donations you make to the Tampa Bay Chapter of the Navy League ensure that we can continue to provide financial support to these type of events. Thank you for what you do to support our missions.

https://breakingdefense.com/2017/02/414-ships-no-lcs-mitres-alternative-navy/
WASHINGTON: The Navy needs a vastly larger fleet — 414 warships — to win a great-power war, well above today’s 274 ships or even the Navy’s unfunded plan for 355, the think-tank MITRE calculates in a congressionally-chartered study. That ideal fleet would include:

All told, the MITRE plan is even more radical than the competing plan submitted to Congress by the Center for Strategic & Budgetary Assessments. Although both studies would grow the fleet, upgrade the America-class amphibious assault ship into a conventionally powered light carrier, cancel LCS, and build a new frigate, MITRE calls for a larger force overall and more new types of ship. Senate Armed Services chairman John McCain finds both alternatives “impressive” but favors the CSBA scheme.

[Read about the Navy’s internal study and McCain’s favored plan, the CSBA proposal]

The German Navy’s new F125 frigate, which MITRE proposes as a model for an LCS replacement.

Building a 414-ship fleet “is unrealistic,” MITRE acknowledges, even assuming the Budget Control Act is repealed. So the study lays out what MITRE considers a good-enough plan to build and upgrade as many ships as possible for an additional $4.5 billion a year ($1.7 billion in shipbuilding funds and $2.8 billion for new weapons, mostly missiles).

This good-enough plan includes many compromises. Most notably, it slows down the production of aircraft carriers in the near term — even though MITRE believes we ultimately need more — because the Navy doesn’t have enough fighter jets to equip them all, and an aircraft carrier without aircraft is pretty pointless. To close the airpower gap, MITRE advocates buying more F/A-18E/F Super Hornets, since it believes “accelerating F-35C (Joint Strike Fighter) production does not appear to be a viable option.”

More broadly, and similarly to CSBA, MITRE argues against today’s reliance on a small number of exquisitely expensive long-range missiles for anti-aircraft and missile defense. Instead MITRE advocates large barrages of precision-guided shells fired from conventional naval cannon — known as the Hyper-Velocity Projectile — and ultimately from electromagnetic railguns. Fielding HVP “must be a top priority” because it would turn the 5″ guns on every Navy cruiser and destroyer into missile defense systems.

In general, unlike CSBA, MITRE explicitly calls for a “high-low mix” with a smaller number of high-end warships supplemented by a larger force of cheaper, less capable vessels. Most of MITRE’s proposed new types fall in the relatively “low” end:

Until the new frigate comes online, MITRE would funnel funds saved by canceling LCS into building more destroyers. In fact, MITRE’s ideal fleet would nearly double the current force of 84 “Large Surface Combatants” — destroyers and cruisers — to 160, compared to 104 in the Navy’s 355-ship plan and just 74 in CSBA’s proposal.

CSBA, by contrast, sees cruisers as increasingly redundant and relies heavily on highly capable frigates, 71 of them compared to MITRE’s 46 or the Navy plan’s 52. CSBA also calls for a new fleet of 40 corvettes and also emphasizes even-small unmanned craft more strongly than MITRE. Despite the real differences between MITRE and CSBA, however, both strongly concur on the need for a more powerful small warship than LCS, a frigate able to help defend the fleet against swarms of incoming anti-ship missiles.

The MITRE study doesn’t get as enthusiastic an endorsement from Sen. McCain as does CSBA’s. Nevertheless, its striking ideas will make a major contribution to the naval debate.

The testing, which includes analyses of maneuverability in ice and icebreaking resistance and powering, will be used to further inform the baseline requirements for new heavy polar icebreakers, expand current icebreaker design and operational knowledge, and support the urgent need to recapitalize U.S. heavy icebreaking capability.

The partnership is being facilitated by the Department of Homeland Security Science and Technology Directorate and was developed under the Agreement Between the U.S. and Canada for Cooperation in Science and Technology for Critical Infrastructure Protection and Border Security, enacted in 2004. Model and test activities at the NRC are scheduled to formally begin in April.

The NRC is home to one of the world’s largest ice tank facilities, which is used to measure the performance and evaluate the safety of ice-going ships and structures in controlled model-scale conditions. The NRC ice tank is capable of modeling a wide range of marine ice conditions, including first-year and multiyear ice, pack ice, ridged ice and glacial ice.

In addition to the modeling work that will be conducted at the NRC, the Coast Guard and Navy will conduct additional model test work to evaluate the performance of the icebreaker in open water at the Naval Surface Warfare Center, Carderock Division, in Bethesda, Md.