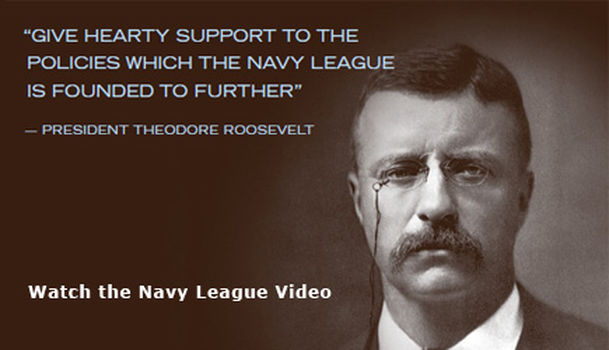 The NAVY LEAGUE of the UNITED STATES was founded in 1902 with the encouragement of President Theodore Roosevelt. The Navy League is unique among military-oriented associations in that it is a civilian organization dedicated to the education of our citizens, including our elected officials, and the support of the men and women of the sea services and their families.

The objective and purpose of the Navy League is educational and motivational. We must acquire and display before the citizens of our country information as to the conditions of our naval and maritime forces. We must awaken interest and support in all matters which aid our maritime capabilities.

To this end, the Navy League works closely with the Navy, Marine Corps, Coast Guard, and US-flag Merchant Marine through a network of over 230 Councils in the United States and around the world. The Navy League has approximately 45,000 active members.

The Navy League supports America’s young people through its youth programs, including sponsorship of the US Naval Sea Cadet Corps, the Navy League Scholarship Program, and the Samuel Eliot Morison Essay Contest. Individual Councils are also involved in promoting youth-oriented activities in their communities such as NJROTC, MCJROTC, and ROTC units along with other recognized youth programs. Local councils and national headquarters provide over $250,000 in scholarships and awards every year.